Moments earlier, defense attorneys had said the government’s case was so flimsy they didn’t need to put on a case.But after deliberating less than three hours at the U.S. District Courthouse, the jury was unable to decide whether Williams and Burdett are guilty of the felony charges levied against them by the federal government. They recessed at 6 p.m., and will resume deliberations Wednesday.

Williams and Burdett are charged in a 10-count indictment alleging they conspired with a tax preparer to inflate Williams’ business expenses and lower his tax burden by more than $200,000 over five successive years when Williams was a member of the City Council. They’re also charged with failing to file the proper forms for cash payments of more than $10,000 on four occasions.

Closing arguments began Tuesday morning, the seventh day of the trial, after prosecutors rested their case and defense attorneys declined to put on any witnesses, saying the prosecution had not met its burden of proof.

In her address, Uebinger painted Williams as the puppet master of a five-year scheme to file business tax returns littered with so many unlawful personal expenses that the jury could throw a dart at the documents and undoubtedly hit an illegal deduction.

She ticked off disallowed personal or inflated expenses that added up to $765,258.85 in what the Internal Revenue Service has said are not valid business expenses: music streaming, yoga classes, children’s school tuition, Mardi Gras parade reviewing stands and more.

Uebinger shared with jurors copies of Williams’ suspected motive: tax liens that had been imposed against him before the alleged fraud began. By falsifying his returns, she said, Williams simultaneously decreased his tax burden and increased his ability to pay debts.

Burdett, Uebinger added, facilitated the fraud, acting as a go-between for Williams and Henry Timothy, their tax preparer, who has admitted to lying on his own tax returns multiple times. Burdett is additionally charged in a four-count indictment alleging she falsified her own tax returns; she is accused of skimming almost $130,000 from four years’ worth of tax bills, prosecutors said.

The biggest stories in business, delivered to you every day. Sign up today.

While Timothy reached a plea agreement with prosecutors last year, the Bridge City resident has yet to be sentenced. He pleaded guilty to a single count of making a false tax return.

Uebinger also asserted that both Williams and Burdett knew they had to file forms when they received large cash payments at the firm, but had disregarded those federal rules.

As Williams’ defense attorney, Lisa Monet Wayne, stood at the podium in front of the jury, she shook her head. She told the 16 jurors, including four alternates, that she had listened to Uebinger’s argument in disbelief: “I kept thinking to myself, what courtroom is she in?” Wayne said.

Wayne and Michael Magner, a defense attorney for Burdett, both argued that prosecutors failed to prove their clients willfully swindled money from the IRS.

While the defense attorneys conceded their clients owe the government money, they argued that Williams and Burdett had acted negligently, not criminally, in filing false returns. They trusted Timothy, who had held himself out falsely as a certified public accountant, to weed out expenses that had been labeled as personal and to apply only legitimate business expenses to their firm’s tax returns, defense attorneys said.

A lack of proof

In its three-year investigation, Wayne said, IRS agents could not find any emails, texts, letters, drafted tax returns, computer data or any other records supporting their assertion that Burdett, acting at Williams’ behest, had pressured Timothy into falsifying their tax returns each year — including in more than 13,000 pages of documents delivered by the defendants under a subpoena.

Investigators also failed to interview hundreds of Timothy’s other clients, Wayne said, who may have disputed his testimony. “Why don’t you want to hear the truth?” she asked the prosecutors.

Wayne turned to jurors. “Every single count that Jason Williams is charged with is a felony. If … this was someone in your family, is this what you would want the investigation to look like?”

Magner further laid the falsified returns at Timothy’s feet: He described the tax preparer as a liar and a sociopath who’d lulled Williams and Burdett into thinking their returns were legitimate.

“Who did he lie to?” Magner asked. “Everybody.”

The 12-member jury, which includes nine women and three men, agreed before deliberations began to debate only until 6 p.m. The trial resumes Wednesday at 8:30 a.m. 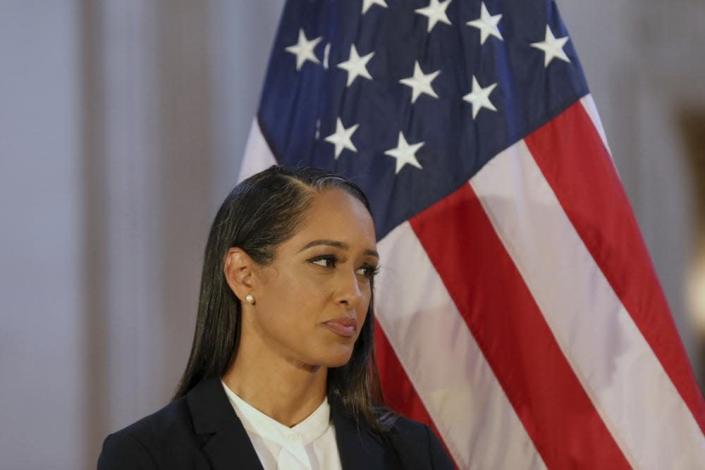