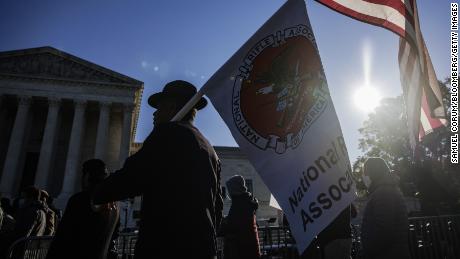 Hochul, who called the legislature into an extraordinary session Thursday to address the issue, announced that she had swiftly signed the cabill after passage.

“I just signed a new law to keep New Yorkers safe — even in the face of a monumental setback from the Supreme Court,” she said in a tweet that thanked lawmakers for their “quick work and collaboration to pass these critical gun safety reforms.”
Lawmakers hammered out the final bill text on Thursday and brought the bill for a vote on Friday after some debate — drawing criticism from Republicans over the short turnaround. The state Senate passed the bill 43-20 Friday in a party-line vote, and the state Assembly passed the legislation Friday evening 91-51.

The new law lays out a strict licensing process to obtain a concealed-carry permit and a list of locations deemed “sensitive” — including Times Square — where firearm possession will be illegal, according to the legislative text. Other areas defined as sensitive include government-owned buildings, schools, health care facilities, places of worship and public transportation. People who carry a gun in a prohibited location could be charged with a felony under the law.

During a news conference earlier Friday in Albany, Hochul shared the impetus behind the legislation and some of its details.

“Because of the stroke of a pen, (the Supreme Court) removed longstanding limitations that we were able to use in the state of New York to make smart decisions on who should have the right to carry a weapon,” Hochul said. “We believe gun laws like those have made New York safer.”

The law enacts a strict permitting process for concealed-carry licenses. It requires background checks for ammunition sales, a policy Hochul has said is not meant to focus on lawful gun owners.

Under the law, gun owners will be required to store firearms in safe places in their residences if minors under the age of 18 reside in the home — an increase from the previously established age of 16.

Democratic leaders have said they expect pro-gun advocates to challenge the legislation in court — but they believe the bill language will hold up.

“We wanted to make sure that our permitting process would be able to stand up to scrutiny, and the technical aspects took a long time. But we are confident that we are providing New York, again, an opportunity not only to be able to have their concealed carry, but also to make New Yorkers safe,” Stewart-Cousins said.

Last week, the Supreme Court struck down New York’s gun law that required a resident to obtain a license to carry a concealed pistol or revolver in public and demonstrate that “proper cause” existed for the permit.

Applicants had been required to show an “actual and articulable” self-defense need, as opposed to one that is “speculative or specious.”

In the wake the Supreme Court’s decision, Hochul called it “shocking” and “frightful in its scope of how they are setting back this nation and our ability to protect our citizens.”

She added that it was “particularly painful” that the ruling “came down at this moment, when we’re still dealing with families in pain from mass shootings that have occurred — the loss of life, their beloved children and grandchildren.”

In May, a gunman opened fire at a Buffalo, New York, supermarket in a predominately Black neighborhood, killing 10 people in a shooting that authorities say was a racist hate crime.

The governor called state lawmakers back into a special session this week to pass gun legislation.

Last month, Hochul signed a legislative package to tighten state gun laws, including a law that raised the minimum age to buy a semiautomatic rifle to 21.

This headline and story have been updated with additional details Friday.