A bitter battle between brothers over the future of their storied and ailing father’s Baltimore law firm will be waged in a Baltimore County courtroom as Louis Angelos filed suit Thursday against John Angelos seeking a judicial order that he not interfere with The Law Offices of Peter G. Angelos PC.

In the complaint, Louis also alleges that John has wrongfully assumed unilateral control over the Baltimore Orioles, which Peter Angelos owns, and is seeking a Baltimore County Circuit Court judge’s order to rein in John.

Louis’ requests for the two court orders are based on his allegation that John’s actions regarding the firm and baseball team have violated his fiduciary obligations of loyalty, good faith and honest as a co-trustee with Louis of their father’s revocable trust.

An aide to John, who is the Orioles chief executive officer, said Friday that he is not taking telephone calls but suggested an email seeking comment on Louis’s lawsuit be sent to the team’s public relations office. The email was not immediately returned Friday.

Louis, an attorney, manages the Angelos firm and hopes to keep it in operation should his 92–year-old father succumb to his illness. John, a law school graduate not licensed to practice law, would like to dismantle the firm or have it dissolved, according to the complaint.

Louis, through counsel, stated that John’s desire to close the firm is rooted in his hostility toward their father.

“(F)or years John had been reminded by Mr. Angelos that his lack of professional standing was an avoidable shortcoming,” Louis attorneys, Jeffrey E. Nusinov and Paul D. Raschke, wrote in the complaint.

“The friction between them over John’s lack of professional standing was internecine,” the complaint stated. “With Mr. Angelos now disabled, John intends to have the final word. He has set out to dismantle the legal empire his father built. He wants to extinguish all traces of Mr. Angelos’ success as a lawyer. The law firm – the practice which gave John all the advantages he has enjoyed – must go.”

According to the complaint, John “uncompromisingly” wrote Louis that the law firm was unsustainable and “must be in combination dissolved, spun off to others, or/and purchased.” John later threatened that he would go to their mother and father and have Louis removed as a co-trustee of the firm.

“Lou knew that Mr. Angelos did not intend to see his firm impulsively and haphazardly dismantled, with little or no regard for clients or employees, and he did not accede to John’s demands,” wrote Nusinov and Raschke, of Nusinov Smith LLP in Baltimore. “The message (from John) was clear: Either Lou cooperated in John’s dismantlement of Mr. Angelos’ single greatest achievement, or John would push Lou aside and strip him of his law practice.”

Angelos, whose law firm has earned millions of dollars in asbestos-exposure cases since the late 1970s, retired from active practice in the summer of 2018 due to illness.

The firm is currently embroiled in a legal malpractice lawsuit filed last year in Baltimore City Circuit Court in which former clients allege the firm’s failure to timely file an enforcement action and fraud claim against an asbestos company and its insurers cost the clients a multimillion-dollar recovery. The firm denies the allegation.

Regarding the Orioles, Louis called John the team’s self-appointed chairman in the complaint, saying he has sought unilateral control in violation of his obligations as co-trustee with Louis and their mother, Georgia K. Angelos.

For example, the complaint alleged, John pretended to support his mother’s decision that it was in the trust’s best interest to sell the team after Peter Angelos became ill.

However, John “has done everything in his power to stall and ultimately, thwart plans to sell the club,” the complaint stated.

“He single-handedly torpedoed interest expressed by one highly credible group of buyers,” the complaint added. “John intends to maintain absolute control over the Orioles – to manage, to sell or, if he chooses, to move to Tennessee (where he has a home and his wife’s career) – without having to answer to anyone.” 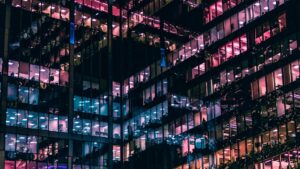