A relatively unknown conservative lawyer sent a letter to then-President Donald Trump on Dec. 28, 2020, promoting strategies –including martial law—to overturn the 2020 election, according to a memo released by olson-lindell-election.html”>The New York Times on Sunday.

Marked “privileged and confidential,” the memo was sent by William J. Olson just days before New Year’s Eve 2020 in which the Trump loyalist laid out a five-point plan for how the president should proceed in order to, what Olson believed would, successfully overturn the election results. “You have a duty to prevent this electoral fraud on the American People,” Olson wrote.

“While time to act was short when we spoke on Christmas Day, time is about to run out,” Olson wrote, alluding to having already had a “long conversation” over the phone with the then-president about this plan on December 25, 2020.

Olson’s first point: finding a Trump-friendly lawyer “in whatever capacity may seem appropriate,” as he had understood that the president had suffered “the shameful and dismissive attitude of the lawyer from White House Counsel’s office toward you personally – but more importantly toward the Office of the President of the United States itself.” It is unclear to which lawyer Olson was referring, but Pat Cipollone was the White House counsel at the time. Cipollone testified that he did not approve of Trump’s election fraud strategies discussed at the “unhinged” December 18 Oval Office meeting, only days before Olson and Trump spoke over the phone.

This content can also be viewed on the site it originates from.

Olson encouraged Trump to return to the White House—rather than stay at Mar-a-Lago—to combat election results because Olson did “not believe you can do what is required to be done from Florida,” he wrote.

The right-wing attorney also pressed Trump to demand that then-acting Attorney General Jeff Rosen file a lawsuit in the Supreme Court regarding the election results in Pennsylvania: “If he does not commit to exactly doing that…replace him.” However, Olson warned that firing or demoting Rosen could result in negative media coverage, as the press would probably liken the move to the cascade of firings during Watergate called “Saturday Night Massacre.”

No suit was ever filed. In June, Rosen told the January 6 committee that he refused to comply with Trump’s requests to pursue election fraud.

“Communicate to the People that you may have been one of the candidates in the election, but that you are acting as President of the United States to preserve the election process. This is not just within your power, it is your solemn duty,” Olson wrote.

This memo underscores, as the January 6 hearings continue to do, the influence of unofficial advisers on the president in the aftermath of the 2020 election.

Olson now represents election-big-lie"” href=”https://www.theguardian.com/us-news/2022/may/12/mike-lindell-trump-election-big-lie”>well-known Trump supporter and My Pillow CEO Mike Lindell. In January, Lindell sued the January 6 committee after it subpoenaed his phone records. The New York Times also reported that the January 6 committee is interested in learning more about Olson’s efforts toward overturning the 2020 election. 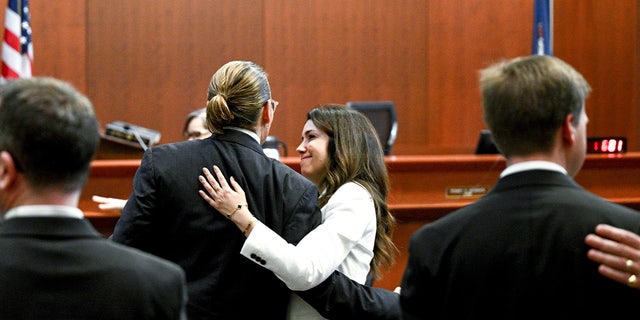